Coltrane was hired when [Joe] Webb played for dancers in Philadelphia’s Elate Ballroom at 711 South Broad Street on Friday, September 13, 1946. Cal Massey (1928-72), a trumpeter from Pittsburgh, called “Folks” after his mother’s maiden name, happened to walk by when the band was playing and he ended up in the trumpet’s section. A lifelong friendship between Massey and Coltrane began as the two toured the country with the Webb band.

Back in the day, Ridge Avenue was a vibrant commercial corridor. The heart and soul of North Philadelphia was also an entertainment district. The Blue Note was at 15th Street and Ridge Avenue.

The Bird Cage Lounge was one block up at Ridge and 16th Street. I don’t know whether it was named after him, but Charlie “Bird” Parker played there. The legendary Pearl Bailey began her singing and dancing career at the Pearl Theater, which was at Ridge and 21st Street.

Some of the jazz giants who roamed Ridge Avenue likely stayed at the Hotel LaSalle, which was close to the Pearl Theater. The hotel was listed in the The Negro Motorist Green Book. The Crossroads Bar at Ridge and Columbia Avenue (now Cecil B. Moore Avenue) was at the western tip of the storied “Golden Strip.”

Ridge began its steep decline in the aftermath of the 1964 Columbia Avenue race riots and construction of the Norman Blumberg Apartments public housing. Fast forward 50 years, Ridge is on the rise.

In 2014, the Philadelphia Housing Authority announced that transformation of the Blumberg/Sharswood neighborhood was its top priority. The Sharswood Blumberg Choice Neighborhoods Transformation Plan is a massive $500 million project that would, among other things, revitalize the Ridge Avenue corridor.

In an op-ed piece published in the Philadelphia Inquirer, PHA President and CEO Kelvin A. Jeremiah wrote:

The redevelopment of a community is about turning ideas into public policy and putting policy into action.

PHA’s revitalization efforts are a targeted, coordinated development model designed to maximize the economic benefits of neighborhood revitalization, not the piecemeal dispersed development model of the past. To transform communities into neighborhoods of choice, there must be good schools for every child, quality affordable housing for all families, and a vibrant small business commercial corridor. The challenge is turning the ideas and rhetoric into policy and practice.

In remarks before the National Trust for Historic Preservation’s recent conference, Marion Mollegen McFadden, Deputy Assistant Secretary for Grant Programs, U.S. Department of Housing and Urban Development, noted a community has both tangible and intangible assets:

I see preservation’s efforts to recognize and honor the cultural heritage of minority and ethnic groups as a valuable component of strong communities, in particular many of the communities that HUD serves. And I don’t just mean preservation of buildings and places, but also of diverse cultural ties and traditions, the intangible dimensions of heritage that together enrich us as a nation.

McFadden concluded with a quote from HUD Secretary Julián Castro:

History isn’t just a subject for books and documentaries. It’s alive and well in buildings, sites, and structures that shape our communities. They tell us who we are and where we come from – and it’s critical that we protect our past for present and future generations.

The Sharswood/Blumberg Choice Neighborhoods Transformation Plan raises the question: Does PHA value the area’s tangible and intangible assets that give the neighborhood its identity? If so, will a transformed Ridge Avenue preserve the neighborhood’s cultural heritage for current and future generations?

The Blue Horizon was located in the former Loyal Order of Moose Lodge 54.

The property ceased operations as an active Moose lodge shortly after World War II. It remained under the organization’s ownership through the 1950s.

In 1961, Jimmy Toppi Sr. purchased the property for $85,000. He renamed it after the song “Beyond the Blue Horizon” from the 1930 film “Monte Carlo.” Its limited seating capacity meant big box office fights took place elsewhere –- at the Arena and Convention Hall in West Philly and the Spectrum in South Philly.

The Blue Horizon closed in June 2010. 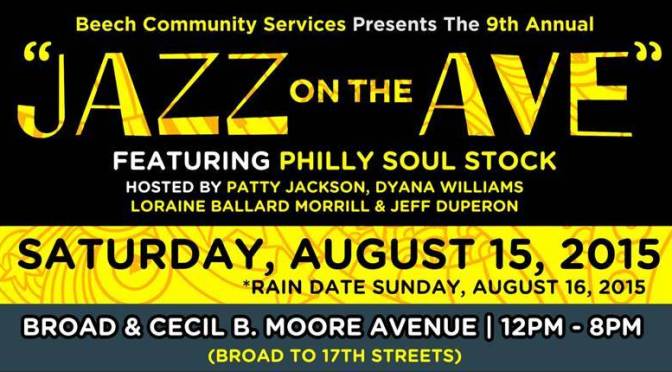 On Saturday, Aug. 15, 2015, Beech Community Services will present the 9th Annual “Jazz on the Ave.” The free community festival will stretch along four blocks on Cecil B. Moore Avenue, between Broad and 17th Streets.

During Philly’s jazz heyday, the “Ave” was known as Columbia Avenue. The four blocks were part of “The Golden Strip,” which stretched from 8th Street to 23rd Street. Columbia Avenue was chock-a-block with jazz joints, including such legendary spots as Cafe Society, Watts’ Zanzibar and the Web. 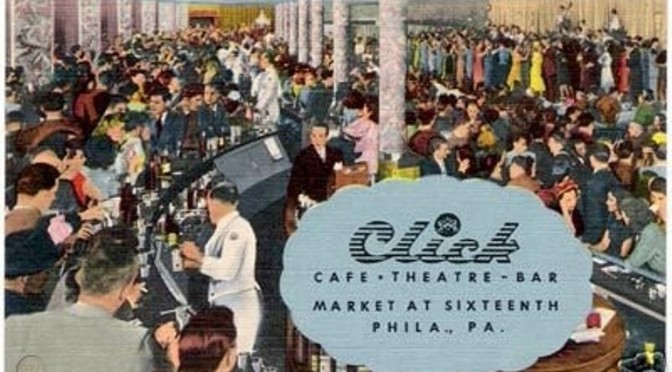 Frank Palumbo was a South Philly-based restaurateur and philanthropist. He owned a number of night clubs, including the legendary Palumbo’s in South Philly and Center City’s Click Club, where Louis Armstrong recorded a live album in 1948.

In a 2005 interview with West Philadelphia Music, a project of the School of Arts and Sciences of the University of Pennsylvania, jazz vocalist George Townes recalled:

And then on the corner at 16th and Market there was a club, they had a revolving stage upstairs, that’s no more there either. Big bands used to go in there too. They called it “The Click.”

The four-day film fest is “a celebration of cinema focused on work by and about people of African descent in a global context. BlackStar highlights films that are often overlooked from emerging, established, and mid-career directors, writers and producers working in narrative, documentary, experimental and music video filmmaking.” The program also includes panel discussions and workshops.

I am particularly looking forward to “Virtuosity,” a collection of shorts, including University of Pennsylvania music professor Guthrie Ramsey’s documentary, “Amazing: The Tests and Triumph of Bud Powell.” The film is based on Ramsey’s 2013 book, The Amazing Bud Powell: Black Genius, Jazz History and the Challenge of Bebop.

Powell had frequent gigs in Philly in the 1940s and ‘50s. He performed in such legendary jazz spots as Watts’ Zanzibar, Downbeat and The Point. While in town, Powell shared his genius with young musicians, including Lee Morgan, at the Heritage House Jazz Workshop.

The festival runs from July 30 to Aug. 2. For the full schedule and ticket information, visit BlackStar Film Fest.

Marsalis was joined by multi-instrumentalist Jon Batiste, bandleader on the forthcoming “The Late Show with Stephen Colbert” on CBS.

Trumpeter Clifford Brown was only 25 when he died in a car crash in 1956. His last performance was at Philadelphia’s famed Music City.

Although his life was cut short, Brown left an indelible impact. There are 334 versions of Philly native and NEA Jazz Master Benny Golson’s composition, “I Remember Clifford.”

Since 1988, his hometown of Wilmington, Delaware, has held the Clifford Brown Jazz Festival to honor his memory. Fittingly, it’s the largest free jazz festival on the East Coast. This year’s lineup includes Norman Conners, Leela James and Pieces of a Dream. 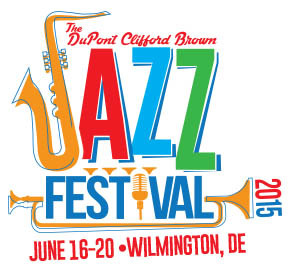 For the complete schedule, visit www.cliffordbrownjazzfest.org.