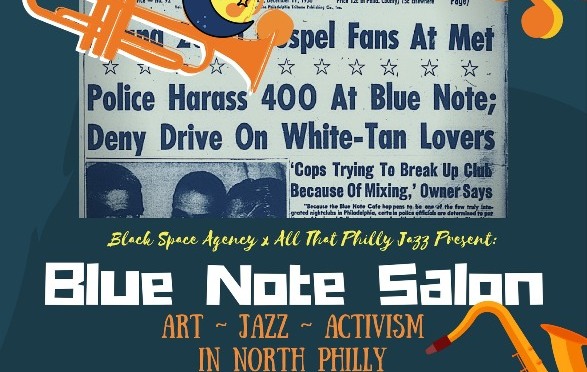 That same night, the police raided “the town’s swankiest jazz emporium.” The Blue Note was a “black and tan” club, an integrated nightspot where blacks and whites socialized on an equal basis. As such, it was the target of police harassment.

From the beginning, jazz was a tool for social change. Jazz musicians’ unbowed comportment created a cultural identity that was a steppingstone to the Civil Rights Movement. In remarks to the 1964 Berlin Jazz Festival, Dr. Martin Luther King Jr. said jazz is “triumphant music”:

Jazz speaks for life. The Blues tell the story of life’s difficulties, and if you think for a moment, you will realize that they take the hardest realities of life and put them into music, only to come out with some new hope or sense of triumph.

This is triumphant music.

Modern jazz has continued in this tradition, singing the songs of a more complicated urban existence. When life itself offers no order and meaning, the musician creates an order and meaning from the sounds of the earth which flow through his instrument.

It is no wonder that so much of the search for identity among American Negroes was championed by Jazz musicians. Long before the modern essayists and scholars wrote of racial identity as a problem for a multiracial world, musicians were returning to their roots to affirm that which was stirring within their souls.

Much of the power of our Freedom Movement in the United States has come from this music. It has strengthened us with its sweet rhythms when courage began to fail. It has calmed us with its rich harmonies when spirits were down.

On April 21, 2018, All That Philly Jazz and Black Quantum Futurism will present the “Blue Note Salon” which pays homage to jazz musicians’ legacy of resistance. The community discussion will feature creative change makers who work on social justice issues. Their work is at the intersection of art, community engagement and social change.

The event is free and open to the public. To RSVP, go here.