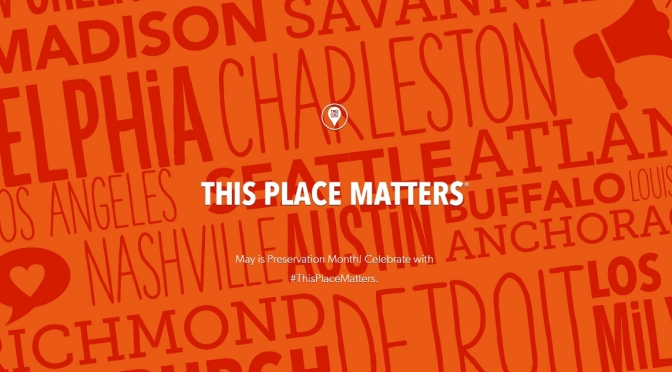 May is Preservation Month, a time to celebrate places that matter to you. On May 6, I led a Jane’s Walk, “Ridge Avenue Stroll through Philly’s Jazz History.” The first stop was the legendary Blue Note. The Ray Bryant Trio was the Blue Note’s house band. Interestingly, Bryant co-wrote the smash hit, “Madison Time,” which was released in 1959.

The highlight of the stroll was 2125 Ridge Avenue, the former location of the Checker Café, a “black and tan” (read: racially integrated) jazz club. The nightclub’s motto was “Good Food. Good Cooks. Good Service.” One of the servers was a teenage singing waitress named Pearl Bailey.

Since October 2016, I’ve been locked in battle with the Philadelphia Housing Authority which wants to demolish the building that has been a visual anchor for more than 100 years. The Pennsylvania Historical and Museum Commission agreed with me the building is of historical significance. Last week, PHA signed a programmatic agreement that saves the building for now. Under the agreement, PHA must stabilize the building.

I say for now because PHA has made it clear it wants to demolish the building. I guess it doesn’t fit their “vision” for a revitalized Ridge Avenue. In an area full of vacant lots, PHA wants to replace a building that may be eligible for listing in the National Register of Historic Places with yet another vacant lot.

I encouraged the 40+ people who participated in my Jane’s Walk to make some noise and tell decision-makers that this place matters. If you care about preserving Philadelphia’s cultural heritage, DM me on Twitter or email to phillyjazzapp[@]gmail.com.