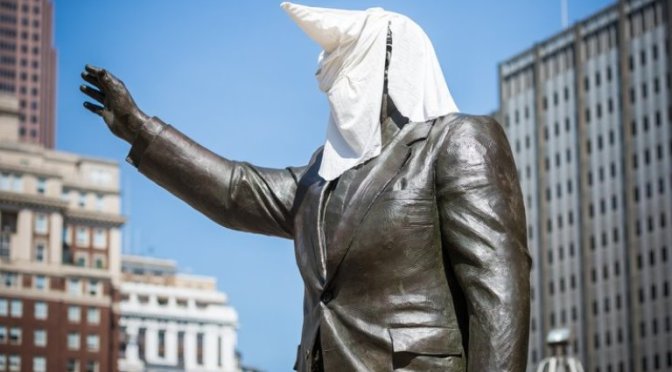 When I moved to Philadelphia, Frank Rizzo, a former mayor and police commissioner, had been dead for nearly two decades. Still, Philadelphians spoke about him with a passion and anger that was visceral. Rizzo’s legacy includes the untreated trauma that he inflicted on the African American community.

As I researched Philadelphia’s jazz history, I heard stories about how Rizzo harassed jazz musicians and club owners. So it is shocking that a monument of a man who was sued by the U.S. Department of Justice for a pattern of police brutality that “shocks the conscience” is at the gateway to municipal services. 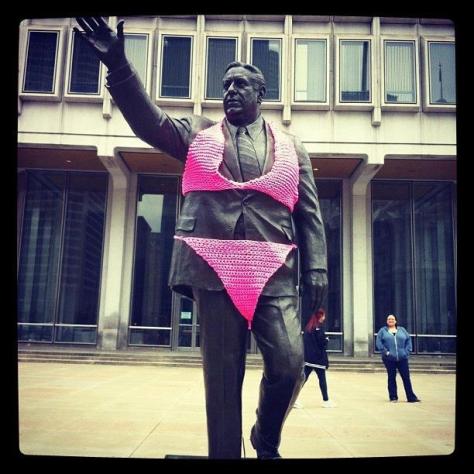 I looked at the story behind the story and learned the Rizzo monument was financed by his family. The public was never asked whether the vanity project was an appropriate monument for the City of Philadelphia. Not only was the public not asked, the vanity project was unveiled on January 1, 1999 after the Mummers Parade, an event that for decades featured marchers in blackface.

On the day Philadelphia Mayor Jim Kenney announced his endorsement of Sen. Elizabeth Warren for the Democratic presidential nomination, it was reported Kenney has no plan to remove the Rizzo monument from Thomas Paine Plaza. Warren supports removal of Confederate monuments and the Confederate battle emblem from the Mississippi state flag.

I join Pennsylvania State Chapter National Action Network in calling on Warren to support removal of the monument of Frank Rizzo, a racist cop who trampled on civil rights, urged supporters to “vote white” and traumatized the African American community. You can read the press release here.