April is Jazz Appreciation Month. There is a lot of appreciation for jazz in the City of Brotherly Love and Sisterly Affection so Philly is getting the party started early. On March 29, Mayor James Kenney will join the Office of Arts, Culture and the Creative Economy to kick off Philly Celebrates Jazz by honoring the 2018 Benny Golson Award recipient, fashion-forward bassist Jamaaladeen Tacuma. 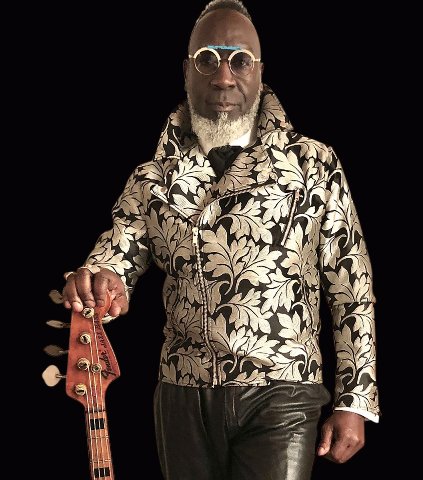 From the Office of Arts, Culture and the Creative Economy:

Jamaaladeen Tacuma is celebrated internationally for his creatively free and funky approach to the electric bass. His innovative style caught Ornette Coleman’s ear, and he became the first bassist in Coleman’s electric band, Prime Time, touring and recording with the group throughout the 1970’s and 80’s. Viewed as one of the most distinctive bassists of his generation, Tacuma is credited for redefining the potential of the instrument. Tacuma debuted as a bandleader, composer, and arranger in 1983 with the album Showstopper, going on to develop compositions that blend Prime Time’s elaborate harmonies with engaging melodies. His 1988 album Jukebox was nominated for a Grammy Award in 1989; in 2011 his ongoing achievements were recognized by the award of a Pew Fellowship in the Arts; he is the 2017 recipient of Philadelphia Clef Club of Jazz Best Bassist Award. Tacuma’s artistic and experimental approach to jazz music has been and continues to be a source of great pride for the Philadelphia jazz scene.

The March 29 event is free and open to the public 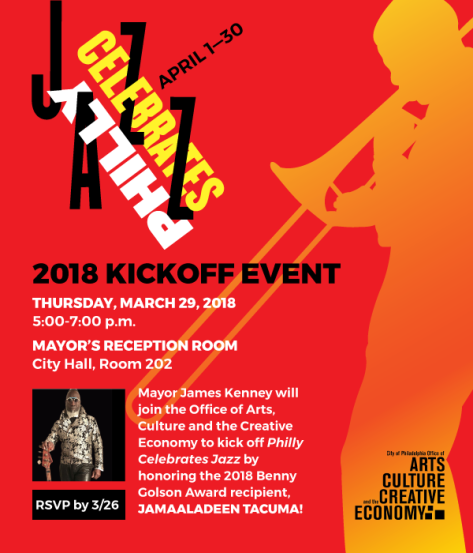