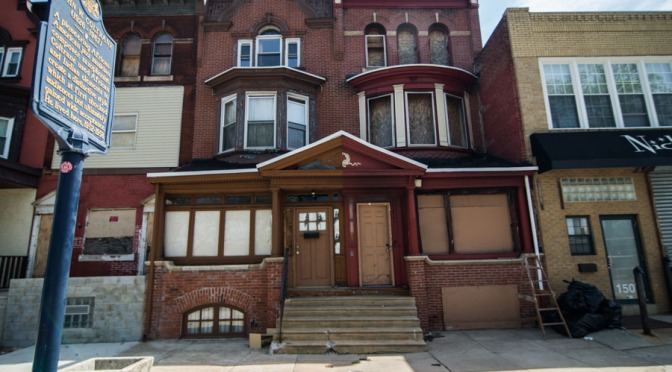 In 1952, at the age of twenty-six, with the benefit of a G.I. loan, John Coltrane bought for himself, his mother, his aunt and his first cousin the North 33rd Street property. Coltrane lived here from 1952 until 1958. It was a big, rowhouse, built for a well-to-do middle class at the turn of the 19th century and a huge step up from the cramped quarters in a deteriorating area of town where the family had been living. Coltrane owned and lived in this home longer than any other during his legendary career as a composer and saxophonist.

In 1999, the John Coltrane House was designated a National Historic Landmark, a recognition accorded to places that have “exceptional value or quality in illustrating or interpreting the heritage of the United States.”

The recognition attests to the value of the house. The building is structurally sound but it needs some repairs. Money is needed to preserve the John Coltrane House for current and future generations.

For information on how you can help, contact the John Coltrane House.

One thought on “John Coltrane House”