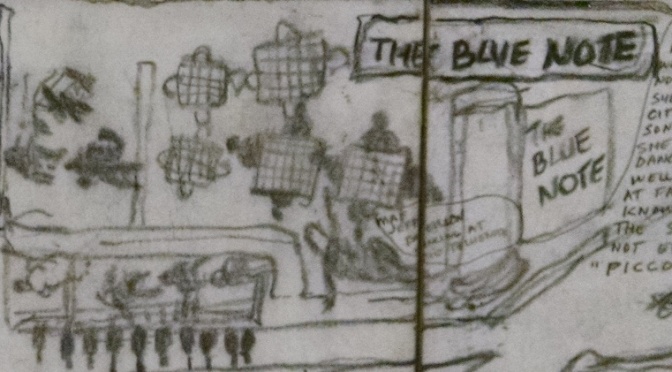 With the exception of Bud Powell, all of the Blue Note “Coming Attractions” have been inducted into the Philadelphia Walk of Fame.

The performance was broadcast live on Mutual Network’s Bandstand USA. In his closing remarks, the announcer, Guy Wallace, said:

A great sound — the great sound by Miles Davis and his horn, from Lou Church’s Blue Note, 15th and Ridge Avenue down in Philadelphia. A truly fine place to go if you’re driving around down in that Philadelphia area and you want to hear some real cool jazz. Miles Davis is the boy that can do it, because he’s one of the real great exponents of that cool sound in cool jazz. I don’t know, uh, as an observer (and more than just interested observer), I find it a pretty controversial thing to talk about cool jazz and other types of jazz, because those of you who are listening who like the clinical sound of cool jazz, really like it, and when we make any comment about it, we’re usually deluged with letters. We hope you liked it, however, and we hope that you continue to listen to our Bandstand here on Saturday nights on Mutual as we present all types of jazz, from New Orleans to Chicago to Kansas City to the cool clinical sound of modern jazz. You’re listening to Bandstand USA on Mutual Network.