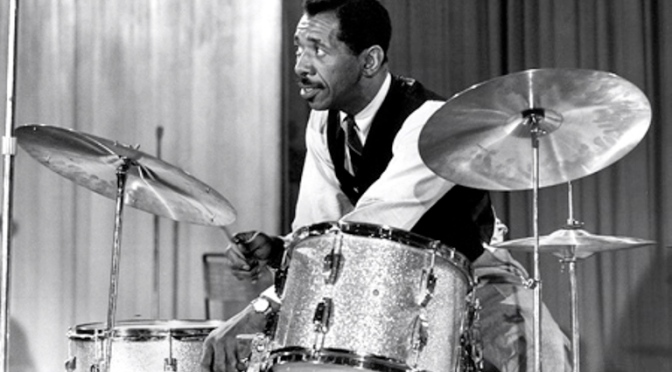 Philly Joe  was one of the first African American trolley car drivers in Philadelphia (Philly Joe is on the far left).

He left his hometown to hook into the New York jazz scene in 1952, where he worked with Tadd Dameron and then achieved critical and popular acclaim with the Miles Davis Quintet. He was prolific in his recordings, appearing as a leader on Blues for Dracula (1958), Drum Songs (1978), and others, and as a sideman with Miles Davis on Round Midnight (1955), Cookin’ (1956), Milestones (1958), and more.