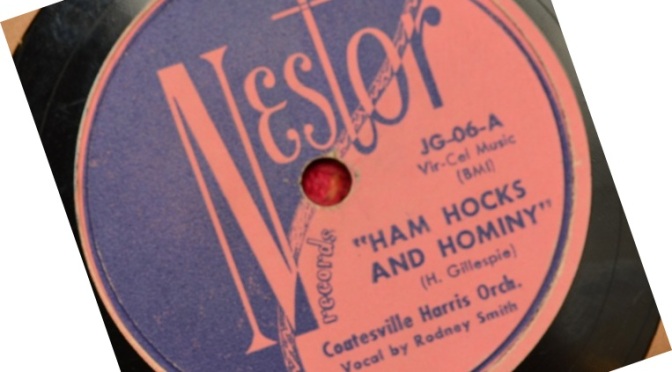 In 1945 I came home, I was just out of the service and I wanted to play and I knew about the drums, I actually knew about the drums in 1939, an old fellow in Philadelphia who’s still there playin’, he’s playin’ every night, named Coatsville [James “Coatsville” Harris], and he used to help me, he used to teach me how to play the drums. I used to sit underneath the bandstand in the club because I was too young to be there. I wasn’t supposed to be there but he’d sneak me in and I’d be underneath the bandstand. It was an ex-bank and they made a nightclub out of it and they had a floor show and I used to watch the dancers and the chorus and three, four girls in the line and this drummer. I just idolized him and he’s still one of the swingingest older cats I’ve met, and I wanted to play so that he used to help me.

In the 1950s, Coatsville led an orchestra that featured a tenor saxophonist thought to be John Coltrane.

Conversations in Jazz: The Ralph J. Gleason Interviews is available on Amazon.com.