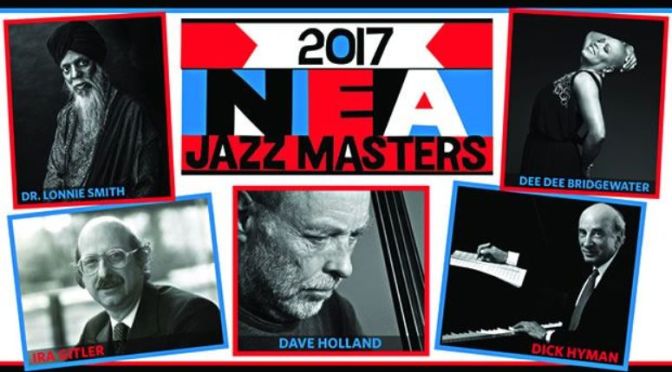 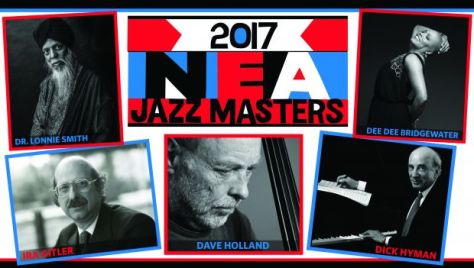 In collaboration with the John F. Kennedy Center for the Performing Arts, the NEA will celebrate the 2017 NEA Jazz Masters at a tribute concert on Monday, April 3. The event will be live-streamed beginning at 7:30 p.m. ET at arts.gov and Kennedy-Center.org. The concert will be broadcast live on SiriusXM Channel 67, Real Jazz. 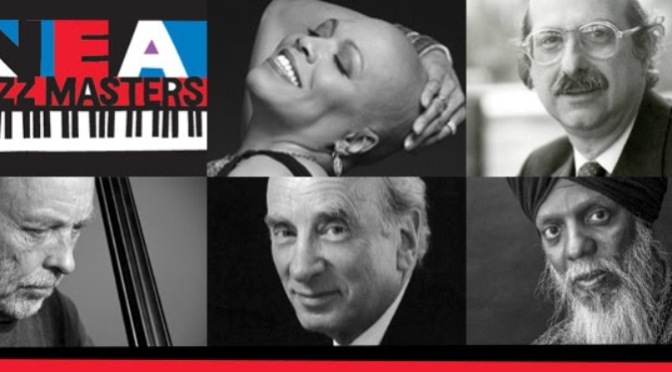 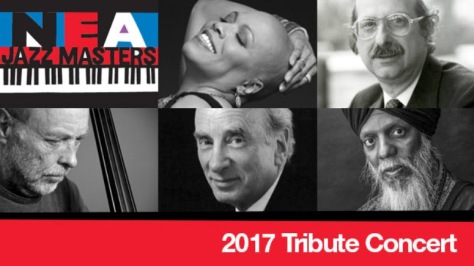 The celebration will be moderated by Kennedy Center Artistic Director for Jazz Jason Moran, who said in a statement:

This will be another special celebration for people who have been integral to the ever evolving stage of jazz. From the journalist, to the innovator, each of the honorees has demonstrated a timeless devotion to jazz ethics. Each honoree arrives at the music from a different avenue and helps focus the audience’s vision of as the music continues to evolve. Kudos to the NEA for continuing to honor artists who have devoted their livelihoods to contributing to the cultural fabric of America.

The free concert is “sold out.” You can view a live-stream of the event beginning at 7:30 p.m. ET at arts.gov, Kennedy-Center.org and NPR.org/Music. The concert will be broadcast live on SiriusXM Channel 67, Real Jazz.