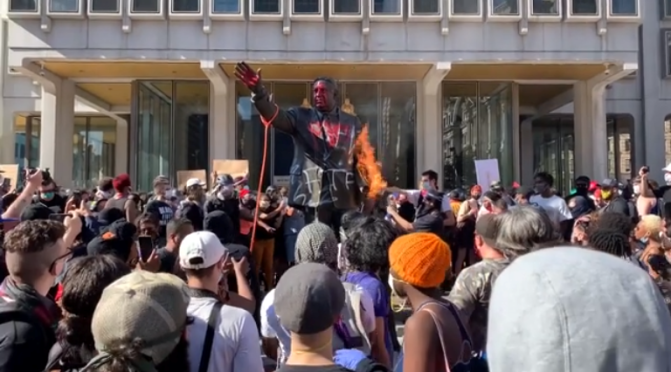 Former mayor and police commissioner Frank Rizzo was sued by the Justice Department for a pattern of police brutality that shocks the conscience. Rizzo died on July 16, 1991. He was born again eight years later in the form of a 10-foot monument commissioned by Rizzo family and friends. 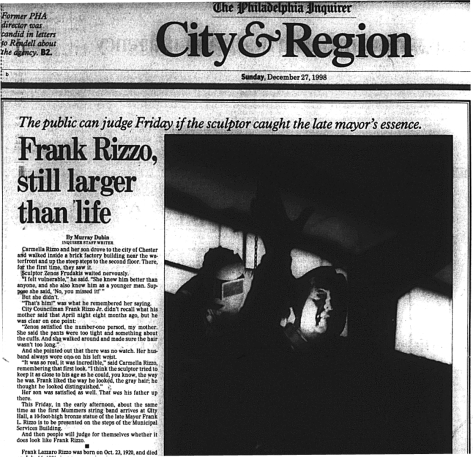 The Frank L. Rizzo Memorial Committee decided to place the statue in front of the Municipal Services Building. They also decided it would be unveiled on New Year’s Day 1999 after the Mummers Parade, an event best known for clowns prancing around in blackface. 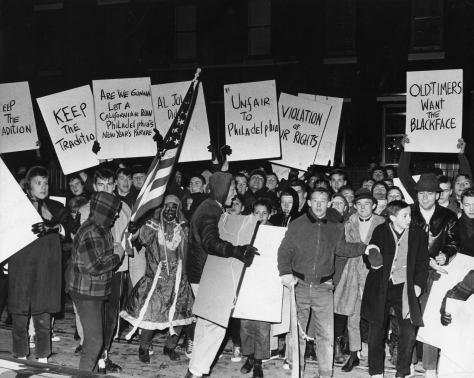 Almost from the moment the hunk-of-junk was unveiled, African Americans and allies peacefully protested for its removal from the gateway to municipal services. Fast forward to 2017, Mayor Jim Kenney said it would be removed by May 2018. Then he said by 2021. Then Kenney said the statue would not be moved before 2022. On May 30, 2020, demonstrators tried to topple it. 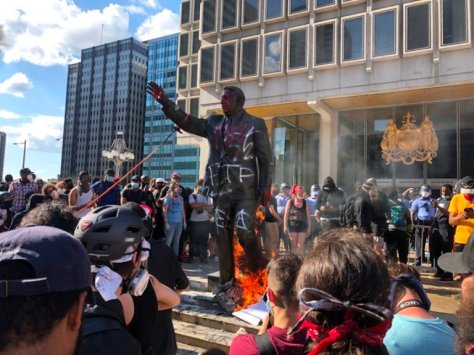 Realizing the jig is up, Kenney said the statue would be removed:

The way its engineered, it’s bolted into the stairs and under the stairs is the concourse where people get their permits and pay their taxes. We didn’t want to tear that up until we did the entire place. We’re going to move it, hopefully in about another month or so. We’re going to accelerate the removal.

The protests accelerated the removal. Rizzo was hauled away three days later. As for the concourse under the stairs, who are we to believe – Kenney or our lying eyes? 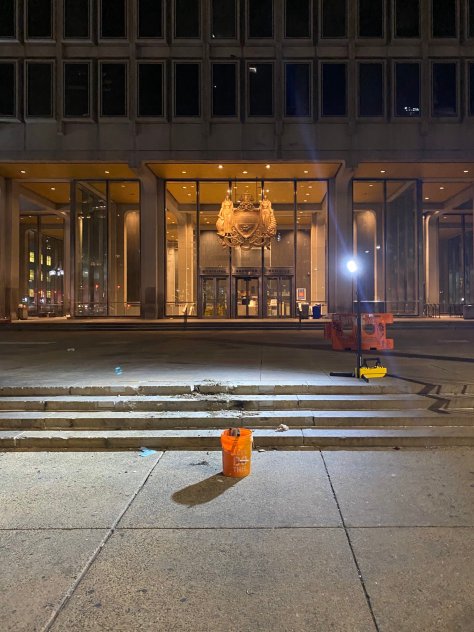 Kenney’s lie was compounded by his spokesperson Michael Dunn:

The statue is bolted into the infrastructure of the plaza, which is also the roof of the underground concourse. Removing it while ensuring the integrity of that infrastructure will be a complicated task.

It was such a complicated task the statue was removed under the cover of darkness. 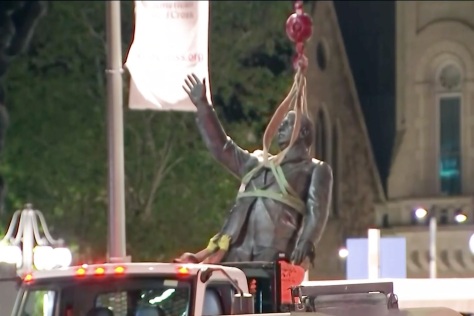 For more on the take down of Frank Rizzo, check out my essay, “The Rizzo reign is finally over. Thank Black Philadelphia.”

In my op-ed, “3 Black Philadelphians whose statues should replace Frank Rizzo” published in The Philadelphia Inquirer, I suggested a memorial to Philly native Billie Holiday, who was harassed by then-Police Captain Rizzo, would be poetic justice. In 1939, Lady Day told the world black lives matter.