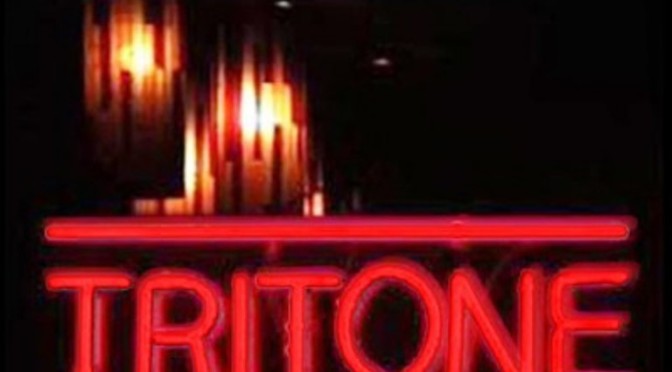 Tritone was a small neighborhood bar on South Street. It closed in 2011. Bobby Zankel  played there on the 1st Thursday of every month.

The club debuted in 2001, when current owner Dave Rogers (a veteran of Fergie’s), and his late partner, music promoter and bartender Rick Dombrowolski (who understandably went by “Rick D.”), joined forces. While a bartender at neighboring Bob & Barbara’s, Dombrowolski, who died of a heart attack in 2007, invented what has become known throughout the city as the “Citywide Special,” a can of Pabst and a shot of Jim Beam for $3.

The bar is the last of its kind. While it can be difficult for a new band to get a foot in the door at Philadelphia’s other music venues, Tritone has always had a much more open-stage policy. This resulted in a vast array of live music. From death metal to punk to singer-songwriter to hip-hop, Tritone presented it all, seven nights a week.