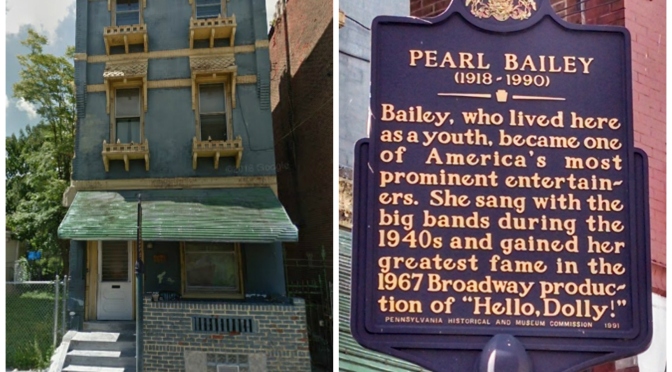 Pearl Bailey grew up in North Philadelphia in the 1920s and ’30s. Her family was part of the Great Migration from the South. She began her storied career by winning an amateur song and dance contest at the Pearl Theatre, which was located on the Ridge Avenue jazz corridor, a few blocks from the Golden Strip.

After she hit the big time, Bailey bought the house on N. 23rd Street for family members who had migrated from Newport News, Va., where she was born.

The current owner, William Sharrock, shared that overnight guests included comedians Redd Foxx and Slappy White, Bailey’s ex-husband. She opened the house to friends because African Americans were barred from hotels that catered to white guests.

The Pearl Bailey House has been visited by, among others, Bon Jovi and Bill Clinton (yes, that Bill Clinton).