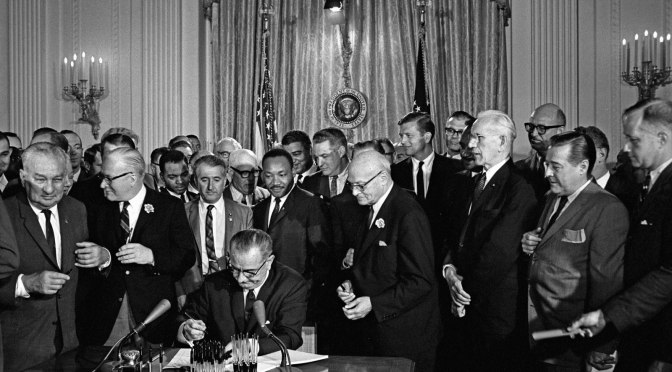 The 1964 Civil Rights Act banned discrimination in public accommodations. It was signed into law by President Lyndon B. Johnson on July 2, 1964.

Before 1964, African Americans used travel guides, including The Negro Motorist Green Book, to navigate Jim Crow laws in the South and racial segregation in the North. As this Emmy-nominated virtual reality film shows, African Americans are still traveling while black.