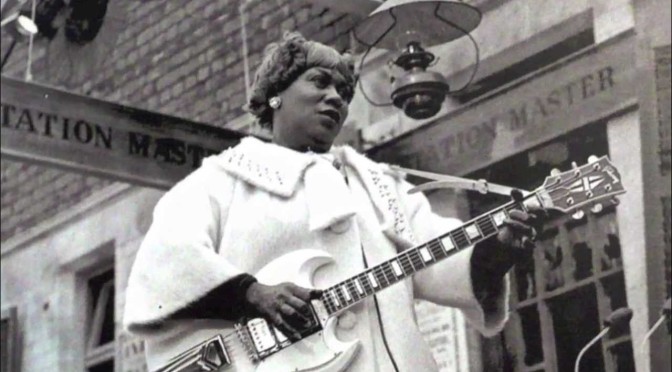 In 1957, Sister Rosetta Tharpe moved to Philadelphia. She was a first-generation resident in the historic Yorktown neighborhood, and a member of Bright Hope Baptist Church.

From Philadelphia, she did some of her finest recordings, releasing five LP’s and gaining a Grammy nomination with her 1968 album, “Precious Memories.” Her tours of Europe in the late 1950’s helped to spark the British blues revival and the onset of 1960’s popular music.

Sister Rosetta was gospel’s first superstar who brought spiritual music into the mainstream with a blend of blues, jazz, big band, and rhythm & blues. Her ringing soprano voice and guitar virtuosity set her apart from other greats of gospel’s Golden Age. In 2007, she was inducted into the Blues Hall of Fame.

In 2011, a historical marker was installed outside the house in Yorktown where she lived for 15 years until her death in 1973. 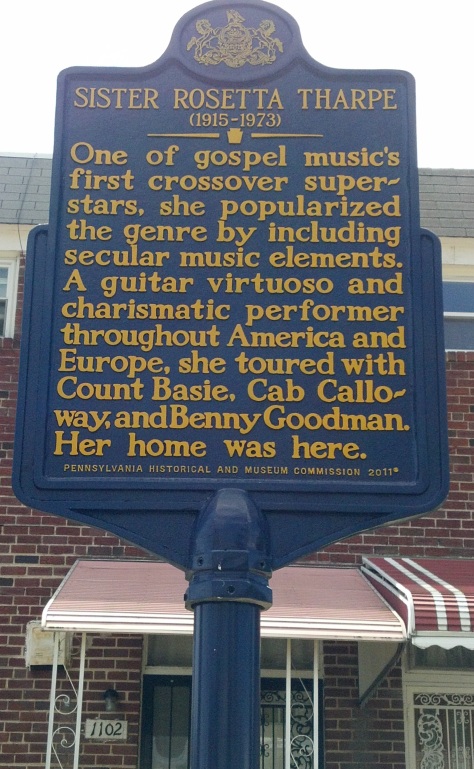