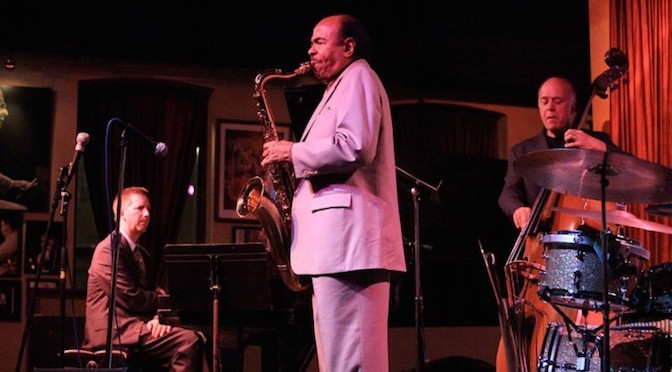 On June 26, 1956, legendary trumpet player Clifford “Brownie” Brown had just left performing at Music City in Center City when he was killed in a car accident on the Pennsylvania Turnpike. He was only 25.

In tribute to his friend, Philly native and NEA Jazz Master Benny Golson composed “I Remember Clifford.” In an episode of Jazz Stories by Jazz at Lincoln Center, Golson recounted how Dizzy Gillespie became the first person to hear his tribute to Brownie:

I decided I would try to write a song that would be reminiscent of Clifford. And during those days, I could write a song in one day. You know, just a half-hour or so—might not have been that great though. But this tune, because of what he meant to me as a friend and fellow musician and what I wanted the song to be, consequentially, it took me almost a whole two weeks to do it. And once I did it, I wasn’t sure what I had.

So Dizzy came in early one night and I had come with my uniform that afternoon knowing that I wouldn’t be going back to the hotel. So since he was there, I decided to ask him what he thought about it. Chairs were still up on the tables, they hadn’t really prepared, but somehow he came early. So I asked him did he have a moment to listen because I wanted him to hear something. And he said, “Okay.”

He came over and sat down at the table and I started to play this tune and he said, “Hmm…” And then he started to take his trumpet out of the case and I thought to myself, “The man doesn’t even know the tune and he’s going to try to play it!” But he fooled me.

One thought on “Benny, Brownie and Dizzy”