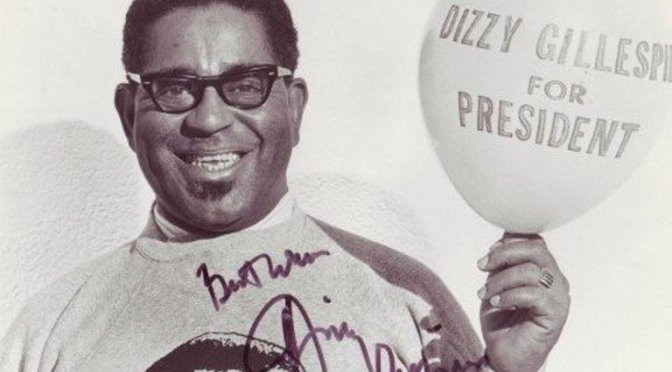 In 1964, Dizzy Gillespie threw his beret into the ring and ran for President of the United States. 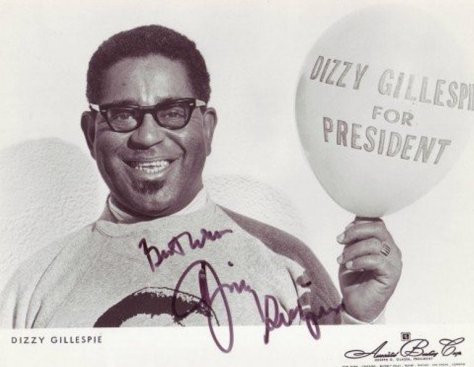 In a piece for Al Jazeera America, Tom Maxwell wrote:

It started as a joke, as so many serious things do. His booking agency had some “Dizzy Gillespie for president” buttons made around 1960, because, you see, it’s funny. Somebody even asked Gillespie why a black jazzman — a permanent member of the underclass if there ever was one — would even think of trying for the job. “Because we need one,” he said.

“Anybody coulda made a better President than the ones we had in those times, dillydallying about protecting blacks in the exercise of their civil and human rights and carrying on secret wars against people around the world,” Gillespie wrote in his autobiography “To Be, or Not … to Bop.” “I was the only choice for a thinking man.”