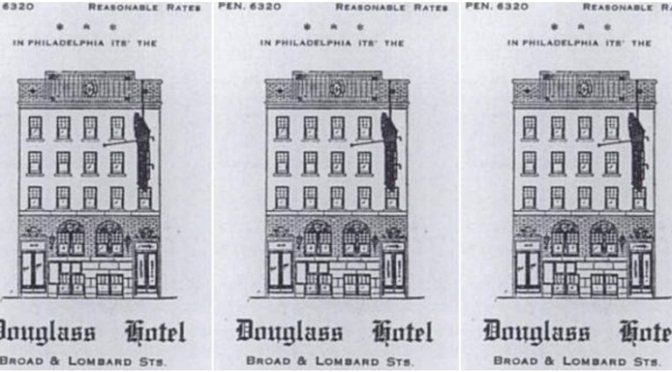 Jazz landmarks are broadly defined. Philadelphia’s jazz scene did not exist in a vacuum. The golden age of jazz predates the Civil Rights Movement.

African Americans were not allowed to stay in downtown hotels. Instead, they stayed at places like the Douglass Hotel in South Philly, the Hotel Chesterfield and Hotel LaSalle in North Philly, and the Blue Moon Hotel and Swim Club in West Philly. The Ebony Lounge was located in the lower level of the Hotel Chesterfield. The Douglass Hotel was home to the Rendezvous Club (1950s), Showboat (1960s) and Bijou Café (1970s).

Tenor saxophonist Bootsie Barnes grew up in North Philly’s Richard Allen Homes whose jam sessions in the community center were the inspiration for “Boppin’ Round the Center.”