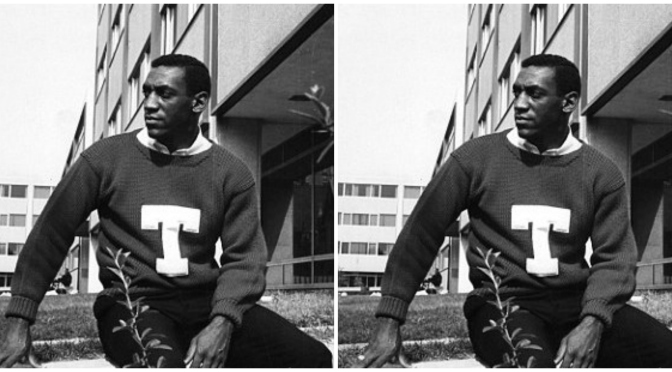 In his autobiography, Jimmy Heath recalled that erstwhile jazz drummer Bill Cosby was a bartender at the Underground:

I still kept going back to Philly for gigs, and between 1960 and 1964, in addition to the Sahara, the Showboat, the Uptown, and Pep’s, another club I worked in Philly was the Underground, located at Broad and Pine streets. The Underground had a number of rooms and a few different bars. In one room were women dancers, and in another was a comedy act. I was playing in the Underground with Sam Dockery, Mickey Roker, and Buster Williams when I first met Bill Cosby, a Philly native, who was bartending at the Underground and telling jokes at the same time. When we talk about those days, I tell him, “I was big-time and you were behind the bar.”

By the way, Cosby wrote the foreword to Heath’s biography “I Walked With Giants” (Temple University Press, 2010).